Investigating Inequities in Use of a Diabetes Drug for Heart Problems

One of the newest classes of diabetes drugs also seems to confer cardiovascular health benefits — preventing heart disease and serious problems like heart attacks — so its “double-duty” use should be a given in patients with diabetes who are at risk for cardiovascular issues. But a recent Penn Medicine study found that certain groups of people — Black, Latinx, and Asian patients, as well as those of lower socioeconomic status, were less likely to have access to the drugs, known as glucagon-like peptide-1 receptor agonists (GLP-1 RA), such as Byetta and Trulicity.

“Given well-documented racial disparities in the burden of diabetes and cardiovascular disease, we feel that the differences in utilization of this therapy must be addressed to prevent worsening inequitable outcomes,” said the study’s lead author, Lauren Eberly, MD, a clinical fellow in Cardiovascular Disease at the Perelman School of Medicine. “Therefore, while we continue to advocate for increased affordability of these agents, it is also important for all providers who care for patients with diabetes to recognize the cardioprotective benefit of GLP-1 RA and take steps in their own practice to achieve more equitable utilization of it.”

Earlier last spring, Eberly was also the lead author of a study that found patients in racial/ethnic minority groups and those of lower socioeconomic status were less likely to be treated for atrial fibrillation with antiarrhythmic drugs and catheter ablation. “Across the board, medical professionals and leaders should be investigating the ways in which their therapies or approaches are only servicing certain groups of patients, and then working toward mitigating — and completely eliminating — any existing disparity. Further studies similar to the one we conducted are paramount if there is going to be any change,” she told Philadelphia magazine at the time. 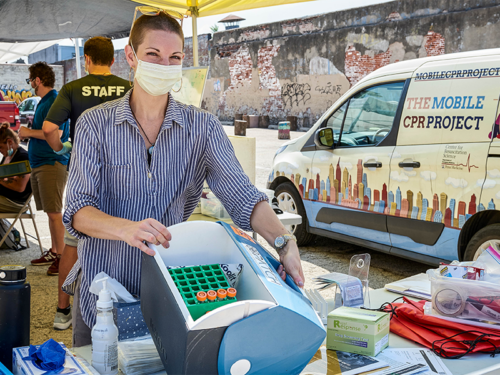